How to start a car with a bad starter

Car trouble is something that car owners have to deal with every once in a while, and it doesn’t get worse than when your car fails to start. A bad starter is one of the possible reasons; in fact, it is the most common problem that auto repair shop technicians attend to.

Even as we continue to experience a rise in the number of electric and hybrid vehicles being introduced into the market, it is safe to say that as long as conventional cars are running on the road, a bad starter will continue to be one of the highest causes of car problems!

So, what do you do when a car starter suddenly fails and gets you stranded in the middle of the road? Remember, you don’t have to waste your money on a tow truck. In this article, we inform you about simple hacks to fix this problem.

How to Start a Car with a Bad Starter

To effectively determine the issue with your starter, you should first understand what the vehicle part requires to perform its duty. Typically, there are three elements that a starter of a car requires to run. These include:

Each of the above factors can manually be bypassed to start your car in case there’s a problem and it fails to run. There are various tricks you can use when considering how to start a car with a bad starter.

The car starter plays the role of converting electricity into mechanical energy. As such, the ignition should supply it with constant electricity at any time you attempt to start the engine.

In some cases, one of the wires supplying electricity to the starter may not be attached properly or a connector might be contaminated with grease or dirt. Firstly, you want locate the starter in a car, which tends to vary from one vehicle to another.

Once you’ve located it, inspect all the wires and cables that are connected to it. In case any wires or cables are not attached properly , be sure to tighten them up. If you notice dirt or rust, remove these using sandpaper or a soft greased rag .

If you happen to have contact spray somewhere in the house, spray it directly on the contacts so that the connections are clean. Try starting the car and see if it will work. The positive wire and ground wire are responsible for getting the starter to turn, however, it’s the solenoid that makes it engage with the transmission’s gear. If you hear the starter turning free during cranking, the solenoid may have an issue.

Find the smallest wire linked to the starter and inspect the connection for dirt or rust. To bypass the solenoid’s wire, try to feed a 12V current directly from the battery to the starter solenoid connection with the help of a small wire.

At this point, you will hear a click sound when connecting the jumper wire and you can proceed to crank the engine.

No ground wire originates from the battery to the starter. Instead, the ground is fed to the starter through its outer frame, which is in contact with the transmission.

Meanwhile, the transmission gets its ground from ground wires connecting the transmission and the vehicle’s body. In the event the wire is damaged or rusted, it may lead to an open circuit in the starting system, which will keep the starter from running.

Sometimes, a bad ground from the engine may affect the quality of the ground supplied to the starter. The ground must, therefore, be in top condition for the starter to perform its role.

In this case, supplying a direct ground from the battery’s negative post to the starter frame with the help of a jumper wire can be a great way of bypassing the problem. If the issue comes from a bad ground on the vehicle, then the car starter should work once good ground has been provided.

Corrosion is a major impediment to good electrical conductivity. You want to make sure that your car battery terminals are wiped clean of any corrosion or acid deposits. You can clean dirty battery connectors using a mixture of water and sodium bicarbonate.

Make sure the mixture is in the ration 1:1. With the battery disconnected, pour a small amount of mixture over the terminals and allow it to soak for a few minutes before cleaning with hot water.

Remember to check for any signs of corrosion at the opposite end of the connectors. The starter solenoid and positive wire may also cause the problem. It is up to you to make sure that all tranny ground and engine connections are dust, dirt, and acid-free.

5.Hit the Starter with a Hammer to Start Car

Sometimes, the starter problems could come from a stuck or blocked gear, causing it not to run. In this case, the simple solution could be a good old knock to get things back in order. While this may sound a little far-fetched, it has actually worked in many cases.

All you need to do is locate the starter on your car a give it a slight knock using a hammer. Be careful not to hit it too hard as this may damage the casing or even the terminals. The engine may not start after the first tap, so you might want to repeat this a couple of times.

Some vehicle models have starters that are positioned too far to reach by hand. A good example is front-wheel-drive cars with transversally mounted engines. In this case, you may look for a long metal rod to use in place of the hammer.

Just tap the starter with the rod and see what happens.

6.Can you Jump-Start a Car with a Bad Starter?

Generally, jump-starting your car doesn’t do much! If your car battery is in good shape, it should be able to supply enough current to the starter to start the car. However, you can never leave anything to chance when it comes to car troubles.

When you supply the starter on car with a substantial surge of current from a larger battery or portable jump-starter, it might aid the armature in overcoming a dead spot. A big push may be what is needed to get it spinning a little and that might just be the end of your car troubles.

7.How to Bypass the Starter Relay

Since the starter terminal remains connected directly to the positive terminal of the battery, this serves to bypass the starter relay. As a result, it will send a 12V direct current to the solenoid, completing the starting system circuit and subsequently starting the car.

8.Give the Car a Good Shake

This is another trick that some motorists use to free up a stuck gear. Nonetheless, it should only be attempted if you’re a novice and don’t know how to locate the starter under the hood.

You want to push down the handbrake lever while the car is in top gear. Rocking the car from side to side may end up releasing the jammed gear and get the starter in the car to run.

9.Can you Push-Start a Car with a Bad Starter?

If you have tried everything above but nothing seems to work, you can always try to push start the vehicle as a last resort. However, this will only work if your vehicle has a manual transmission.

Insert the key into the ignition and turn it to the “run” position then put the vehicle in gear one or two. Hold down the clutch and get your friends to push the vehicle in this position. When you manage to get the vehicle to between 5 and 10mph, quickly release the clutch to let the engine rotate.

This should be enough to fire up the engine and get it running. Ensure that you don’t allow the vehicle to stall, unless you want to push-start it again!

How to Start an Automatic Car Without a Starter

There are various ways you can start an automatic car without the starter, some of which have been discussed above. One of the go-to methods is to push the car manually when it’s in gear.

But unlike in manual transmission, the car will need to get to a speed of between 25-35mph to fire the engine, which may not be achievable when pushing with your hands. As such, you should use another vehicle to push the car.

How to Start a Car from the Starter Motor

Sometimes, the starter motor could be faulty, and probably the reason why your car is not starting. This may be the result of a stuck solenoid. To fix it, get a hammer and whack the motor a couple of times as your friend is turning the engine over.

This should release the solenoid and get the engine running!

You can tell your car has a faulty starter when you hear a certain clicking noise whenever you push the start button or turn the key. Alternatively, the device may produce a grinding or whirring noise or even fail to make a sound altogether, which should alert you to its impending demise.

You always want to listen out for such sounds every time you are experiencing car trouble for a proper diagnosis.

Even after trying all the tricks above, it shouldn’t come as a surprise if the car won’t start. The truth of the matter is that half of the cars with a bad starter will not start at all, at least according to some experts.

If you find yourself in this situation, try consulting an experienced mechanic to determine whether the part needs to be replaced. Sometimes, this may be the only permanent solution to your recurring car problems! 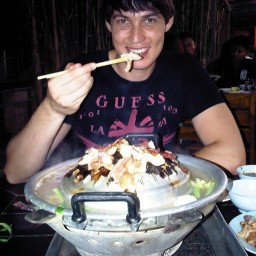 How to find the current owner of a vehicle?